Hungry For The Holidays 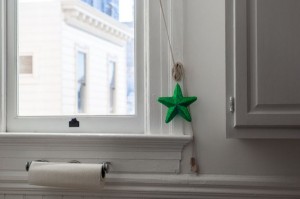 One population dreads the time from Thanksgiving to New Year’s: people with eating disorders.

Consumerism explodes at the holidays, so, too, does literal consumption. People with eating disorders, often students returning home from college, are faced with a double-whammy. They have to navigate the usual regression to family dynamics we all feel but also, have to figure out food.

I’ve spent hours these past 10 years planning someone to get through cracker-and-cheese time without binging. Guiding and wondering and counseling someone who has not eaten dessert in years and faces a buffet piled high with pies and cakes.

For a few years I worked on at a psychiatric unit for the holidays. I loved Christmas there; we kept the spirit of it well in that old wooden-raftered building in the woods. Surrounded by snow and bowed evergreens, the small group of patients and staff were polite and hushed on Christmas Eve or New Year’s Day. Insanity seemed to have taken a small vacation. We were an isolated group out there, needing the containment of the hospital or the distance from our families to stay sane.

The lines between patient and doctor changed as we clustered in the snow for a rushed cigarette or marveled to see our footprints appear in each luminous dusting of the night. Fellow travelers, we were all at this inn for the night.

I’ve frequently thought about renting an inn for the holiday season. We crave community but one that is compatible. What if we could be assured that behavior,) around food at least, will be regular? What if the focus were on talking, thinking and doing rather than consuming?

Hiding food, eating leftovers, doing the dishes, midnight refrigerator raids can turn holidays into a desperate time. Patients return in January like tired anthropologists out in the field for too long. They often want to punish themselves by binging and purging relentlessly; some are worn from trying to appear  cogent when they are starving in plain sight of their families.

From where I sit, holidays haven’t changed much in 20 years.

Few people in America eat because they are hungry. We eat because we are bored, sad, angry or anxious. We browse the bright refrigerator shelves looking for something that will not be found there. Food is everywhere–now in pictures on Instagram, Facebook, Pinterest and more. Surrounded by this overload to the senses we are supposed to buy ‘zen’ or ‘mindfulness’ as easily as purchasing a yoga mat. It’s not that simple nor that easy.

Breaking bread with people with love is wonderful. Proust knew that a Madeline brought back childhood. Holiday smells and tastes are the same. But hungering for childhood is not the same as eating it. Whatever we want will be there today, tomorrow and next week. Remind yourself as you eat:

Do I want this or is this rather a socially condoned binge?

We confuse feeling full with filling ourselves. Try connection instead. Interview your grandparent. Pretend you are an anthropologist visiting our culture. Observe the family traditions and taboos. Stay in touch with your outside life. Use the nearest Starbucks or the public library in your town as place to regain perspective. Step outside your family into nature and be absorbed in something larger.

Invite a family member to make a new tradition with you. My brother and I started going for a walk after a particular tense Thanksgiving. We stopped at a lovely hotel with a piano bar not far from where the Boston Marathon ends. We went inside and sat down. Two newly-minted adults breaking free.

Holidays are not a cage that holds your family rules and a bowl of food. They must be recreated and reinvented to hold meaning.

The most cherished Christmas holidays I made was in Mexico. All I had in that tiny town was a Walmart and my ATM card. But I had my then-husband and our daughter. The small village was thrilled by the new Walmart and buzzed with activity on Dec. 24. Dazzled by the sequins on the swimsuits, the toothbrushes that lit up, the candy in exotic flavors I went up and down the escalators in a daze. We scattered mango chips and guava candies that night for the reindeer.  Christmas morning we opened stockings on the roof in the morning after our daughter trundled up the spiral staircase.

We ate that day, of course, but it was the newness of Mexico that drew my small family close like a small silk sack. I was reminded of the holidays at the psychiatric hospital. We make our happiness when we can and where we find it. We cannot capture it with things and we cannot consume it. Make it new.